skip to main | skip to sidebar

Ben's getting really good at this standing thing, now if we could only keep him out of the liquor cabinet....

Pictures of the day

See pics of Ben's birthday party here.
Posted by dina at 9:25 AM No comments: 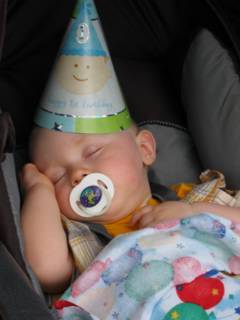 A lot can happen in one year. Last year, at 8:32am, you arrived, a teeny little red man, screaming and mad, from my body and out into the world. For all your protests, it was you who decided to come 3 weeks early and wake me up at 4am. You sent your daddy into a mild panic while we decided whether we should go to the hospital, because neither of us knew that I was in labour. Because you stubbornly remained in the breech position, you came out the window, lifted from your comfy spot sitting on my bladder with your arms frequently stretched over your head, your little fingers scratching the bottom of my ribs.
You changed our lives in that moment. Before you came, we were shadows of the people that we are today. Because of you, we have discovered new heights of love, joy, amazement, and sleep deprivation. We delight in every new thing that you discover every day, and our capacity to love you more and more as time goes by.
Happy birthday Booboo, thank you for coming into our lives and making us a family.
A thousand hugs and kisses,
Mommy 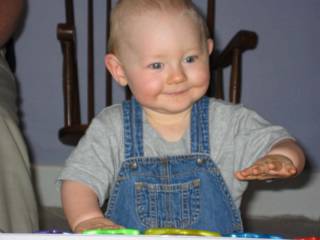 As you may already know from reading Steve's blog, I had a little run-in with Canon Canada this week. We got a digital camcorder last Friday, a Canon Optura 40, and I was doing a little research about the camera on the Canon Canada web site. On the features page for the Optura 40, I found three paragraphs talking about the Pinnacle Studio 9SE software included with the Optura 40 kit. I didn't receive this software with my camera, so I called Canon Customer Support. The first guy that I talked to said that it was a promotion until June 30. I explained that it wasn't on the promotions page, but the features page for the Canon Optura 40. He said that he would get back to me. I called back when I didn't hear anything, and talked to someone else, who said that the matter was still being investigated. I called again and was told that it was escalated to the supervisor, then that the supervisor was talking to his supervisor. Keep in mind that for each call I was waiting at least 20 minutes to speak to someone and then was on hold while the support person tried to figure out what to tell me. Finally, the supervisor (not the supervisor's supervisor) called my house and spoke to Steve (I was on my way home from work). He said that Canon Canada would not give me the software because it was a promotion and what was on the features page for the Canon Optura 40 was a mistake. They offered to send a small nylon case for my Canon S30 digital camera (not the camcorder). Steve told them to send it, but warned the guy that it wasn't over (he knows his wife all too well). I got home, found out what happened, jumped on the internet and found the email address for the Media and Public Relations director, and the names of all the VPs and the President of Canon Canada and emailed them all a nice letter explaining my case and asking that they please honour their statements and keep a loyal customer happy. Today at noon, the same customer support guy called back to say that they found a copy of the software and would like to send it to me by courier. He also said that they would not be sending the camera case - cheapos. Although I know that the President of Canon Canada probably does not open his own email, I like to think that he did and that he called those customer support guys and demanded that they send me my free software. I wish that he had also told them to send the flashlight attachment, a wideangle lens and several batteries, but that's ok.
It's just a shame that I had to put so much effort into it just to get some proper service. 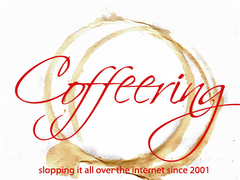 This is a Flickr badge showing public photos from dina the m and o. Make your own badge here.